PIVX is in fact a decentralized autonomous organization (DAO) which is
self-funded and community driven. PIVX is intended to be a “third
generation” privacy coin and uses a modified version of Dash’s
masternode architecture and Zcoin’s Zerocoin privacy protocol (which
was originally designed for Bitcoin). It is a privacy-focused,
decentralized, open source cryptocurrency.
It recently launched Zerocoin protocol which converts publicly view-able
transactions into anonymous PIV. It also provides Proof of Stake to
maintain anonymity even when staking coins.
It has recently been exposed that John McAffee’s privacy-oriented
cryptocurrency, Ghost, had copy-pasted parts of PIVX’s original
whitepaper.
PIVX is currently listed on 10 exchanges with most transactions taking
place on Binance.

The 6 month Trading Analysis chart shows the MACD and RSI in the
neutral zone with volume very low as the price becomes stable after
correcting from the major crash back in April of this year. Bollinger
bands show positive indication of upward price movement in the
longterm, although it is well below it ATH of nearly $15 back in 2018.
Does this mean that PIVX has potential for major gains to the upside?

being listed on Binance is sure to raise interest plus

The projects development is continuing and gaining traction worldwide
which can be seen from the fact that they have recently translated their
Dev update into; Russian, German, French, Spanish, Dutch, Portuguese,
Korean, Swedish, Japanese and Italian.

In their manifesto https://pivx.org/manifesto-2/ they say they believe
privacy is non-negotiable. It’s a basic human right, which as
cryptocurrency advocate / investors we should all congratulate.

On a recent report at Messari.io it showed strong developer activity with
334 commits over the last 3 months, including over 37000 lines of code
added.

In whatever positive light you view the project due to their ethics it has
to be the R.O.I. on any investment into PIVX which is its most attractive
element. They have two investment options which are staking and
running a Masternode both of which are affordable and very lucrative
options for any serious crypto investor. For example, at the time of this
investigation they offer 12% interest for simply staking. See illustration :

The interest rate paid out is lower than simply staking but running a Pivx
Masternode has other benefits,the Masternode route for set and forget,
voting and security.
Also, with a Masternode you control your wallet that is holding your
coins and it doesn’t need to always be online, which keeps them secure
offline.
Masternodes also have a consistent reward schedule and they will
eventually get a portion of transaction fees.
Lastly, there is the option of staking the privacy Zerocoin protocol, which
gives much higher rewards than either of the other two options at 19% !

Thus, in-depth investigation on Pivx has proven that the team have a
strong worldwide developer network, a brand that has loyal followers,
5
various investment opportunities and a respected ethos of protecting
their users privacy.
So, having a current price of only $0.45 and with an ATH of $15 together
witha market cap of just over $25 Million, this project has all the
necessary qualites to be a sound investment longterm.
Pivx are regular contributors to Blockfolio news where they provide
development updates and other relevant information about the project,
such as wallet upgrades and staking news etc. Plus they are active over a
wide range of social media platforms. See below:
PIVX Social
Twitter https://twitter.com/_pivx
Reddit https://www.reddit.com/r/pivx/
Telegram https://t.me/PIVXChat
Discord https://discord.pivx.org/
Blog https://pivx.org/news/

Scan the QR code or copy the address below into your wallet to send some bitcoin:
Donate via Installed Wallet
[X] Click Here to Hide Donation Details

Scan the QR code or copy the address below into your wallet to send bitcoin:
Donate via Installed Wallet
[X] Click Here to Hide Donation Details

Scan the QR code or copy the address below into your wallet to send some Ether:
Donate via Installed Wallet
[X] Click Here to Hide Donation Details

Scan the QR code or copy the address below into your wallet to send some Litecoin:
Donate via Installed Wallet
[X] Click Here to Hide Donation Details

Scan the QR code or copy the address below into your wallet to send some Monero:
Donate via Installed Wallet
[X] Click Here to Hide Donation Details

Scan the QR code or copy the address below into your wallet to send some ZCash:
[X] Click Here to Hide Donation Details 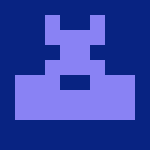 You may have missed

More than $1B in Bitcoin has been tokenized for DeFi

4 days ago currncy
CURRNCY.io THE HOME OF FOREX AND CRYPTOCURRENCY INFORMATION we also use cookies to improve your experience. We'll assume you're ok with this, but you can opt-out if you wish.Accept Read More
Privacy & Cookies Policy
Necessary Always Enabled